This one's for Jack 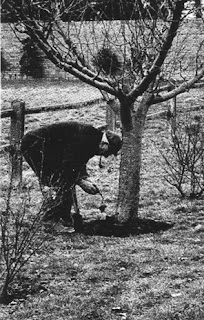 I'm currently reading Life - Keith Richards' memoirs. Honest (brutally so, in places), affectionate, and very entertaining. The story of how the Stones came to be is told through a post-war prism so very English; how Richards describes Dartford, and later London, is as gritty as it comes; the total antithesis of Austin Powers' cut and paste psychedelic London. But, at the same time, every bit as funny.

I really wanted to know how he and Jagger wrote - who did the heavy lifting, who came up with the choruses, where the riffs (those riffs!) came from etc. And Richards' doesn't disappoint. He lifts the lid (although his recall may not be 20/20) on the division of labour and how the credits should be divvied up.

Here's Richards talking about Jumpin' Jack Flash: "The lyrics came from a grey dawn at Redlands [Richards' stately pile in Sussex]. Mick and I had been up all night, it was raining outside, and there was the sound of these boots outside the window, clump clump clump, belonging to my gardener, Jack Dyer. It woke Mick up. He said 'What's that?', I said 'Oh, that's Jack. That's jumping Jack.' I started to work around the phrase on the guitar, which was in open tuning, singing the phrase 'Jumping Jack'. Mick said 'Flash' and suddenly we had this phrase with a great rhythm and ring to it."

Since reading that I've stripped the song right back, slowed it down and turned into something a lot folkier. Keef, and Mick for that matter, would probably have something to say about it. However, the chances of them ever hearing my version are pretty remote, wouldn't you say? Though I will put it up when I've recorded it.

In the meantime, Richards has plenty to say (as you can imagine) on a whole host of topics. Here are five of my favourite Keef Quotes:

* "The only thing Mick and I disagree about is the band, the music and what we do."

* "I'm Sagittarius - half-man, half-horse. With a licence to shit in the street."

* "You can't accuse me of anything I haven't already confessed to."

And here is Jumpin' Jack Flash. As honest as he is, most of the time, Richards never credited Bill Wyman for the amazing bass line which tracks the song throughout. And the video, rather than the usual promo film, I've chosen this montage which has some terrific candid photos of Richards and his band mates.