Waiting for my Real Life to Begin 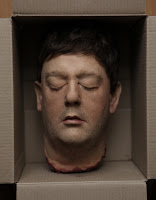 I listened to an old Desert Island Discs the other day - Kirsty Young was talking to Johnny Vegas back in 2010. He'll be the first to tell you he's been through the wringer - not for nothing does he talk about Johnny in the third person; the character he invented for himself after realising he couldn't earn a living mending teapots turned on him and, very nearly, destroyed him.

He chose this beautifully tragic Colin Hay song as one of his treasured eight discs. And who hasn't experienced the same sentiment at some point in their life?

Colin Hay - Waiting for my Real Life to Begin