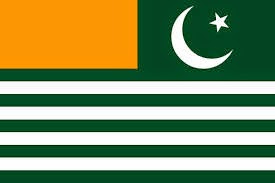 It doesn't matter where you live in the developed world, if you turn to the What's On guide of your local paper this evening the chances are you'll see a listing for a Led Zeppelin tribute act playing just up the road from your house.
You've just had a look haven't you? And was I right or was I right? It seems there are as many tributes to Led Zep as there are to The Beatles - scary stuff.
Now, go back to those local listings and check if the band in question are one of the following. Even if they aren't I'll wager it'll be a derivation or some equally contrived Zeppelin type pun. (I may have dropped a couple of my own in there.)

And, of course, Kashmir. This isn't them, but it's probably the best cover version of Kashmir you'll hear this weekend. And there's not a bare chest or Gibson Les Paul in sight. The song remains the same? Only just.