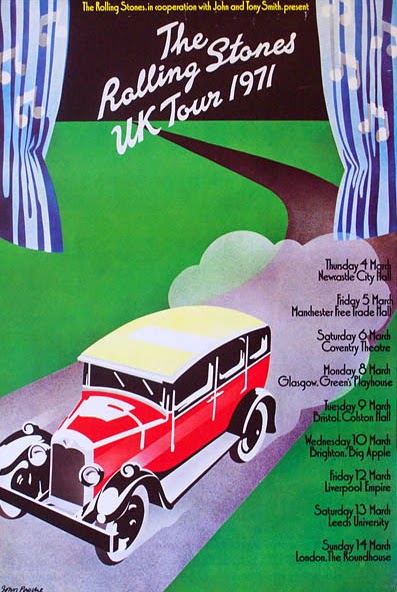 When George Harrison quoted the Taxman: 'there's one for you, nineteen for me' he kiddeth not. In 1966 the top rate of income tax was 83% on earned income and an eye watering 98% on unearned income.
Five years later and Mick Jagger and Keith Richards could stand it no more: in 1971, and facing a massive bill from what we now know as HMRC, they buggered off to France and became rock and roll's first tax exiles. But not before playing a short UK tour; comprising mostly small halls and colleges it was their first proper tour in years. Jagger had yet to become a parody of himself and in Mick Taylor they'd got the best guitarist the band had ever hired.
The penultimate date of the tour, March 13, was Leeds University. It was recorded by the BBC for posterity. And the band had never sounded better.
Ladies and Gentlemen, The Rolling Stones.