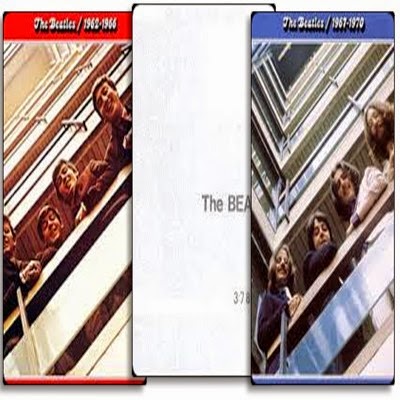 All roads lead to The Beatles. Everyone knows that. Anyone who tells you differently is probably holding the map upside down.

For me it all started with my parents' record collection; though collection makes it sound more grand than it really was - it was nothing more than a rest home for dusty Mario Lanza, Andy Williams and Perry Como albums. Frank Ifield was probably holed up in there somewhere as well - handcuffed to Tom Jones. But in amongst these middle of the road crooners and balladeers were a couple of scratchy 45s: Ramona by The Bachelors (our next door neighbour was related to them apparently), Frankie Vaughan singing Tower of Strength and Can't Buy Me Love by The Beatles.

It was 1972 and when my dad upgraded to a state of the art radiogram I inherited a smart blue and white Dansette in my bedroom. Not knowing who he was, Frankie Vaughan got played once out of curiosity (alright, maybe twice), The Bachelors remained in their paper sleeve (my mother's friend was dull, surely her brother's singing group would be too?), but I played Can't Buy Me Love until the grooves were so shiny the stylus could barely find the grooves. And that's when I discovered something so wonderful, and obvious, it lives with me to this day: I flipped the disc over. I'd discovered B sides; more importantly - Beatles' B sides.

You Can't Do That[1] is still, I think, one of the most powerful songs Lennon and McCartney ever committed to vinyl. But, as I was soon to find out, that throwaway tune was only the tip of a very large iceberg: as good great as the hits were, dig deeper and hidden treasures could be found lurking on B sides, EPs and albums.

Time to take a ferry 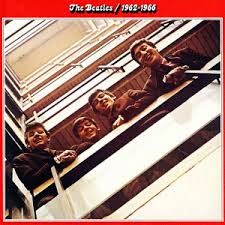 I spent two weeks of my first seventeen summers in County Roscommon, Ireland. It was where my maternal grandma lived and, for a few of those years, my Uncle Andy and Auntie Stella lived with her. This period coincided with my awareness of John, Paul, George and Ringo - we're talking the summer of 1973. Only three years, I would later learn, since they'd broken up. Uncle Andy loved his music (he and Stella had been to see The Beatles when they'd lived in Manchester a number of years earlier) and was the owner of a rudimentary hi-fi system - the sort aimed at the music lover rather than the geeky audiophile.

From getting off the boat in Dublin to arriving at Grandma's house I'd been looking forward to a fortnight of generally doing nothing more than kicking a football around with the kids on Grandma's street interspersed with bouts of eating ice cream from Hessions[2] a few doors down. But as soon as I walked in the house and took a look through Andy's record collection I found, proudly sitting at the front, The Beatles 1962-1966. I opened the sleeve and found therein two records. Side 1 & side 2. And, side 3 & side 4; there never were such times. More than 20 Beatles songs. Looking at their titles on the sleeve, I'd only heard about five of them before.

I immediately put the needle on track 1 side 1. From the opening bars of  Love Me Do I was hooked. Continual knocks on the door from friends begging me to come out for a game of football were roundly ignored. I couldn't tear myself away from the turntable. From Nowhere Man to Norwegian Wood I'd never heard anything like it. Hell, I was even singing along to Yellow Submarine. Two weeks later and it was time to go. I didn't get much of a tan that year. Or the subsequent holidays spent at Grandma's. Upon arrival every subsequent year I would dig 62-66 out and play it to death. Interestingly I've never owned a copy of it, preferring as I did (and I still don't know why) to acquire a copy of the only compilation that came out while they were still together - Oldies but Goldies. I guess I knew that my copy of The Red Album (we can call it that now, can't we?) was being looked after across the Irish Sea.

So what happens next? 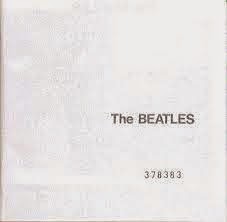 On a rainy day after school in the autumn of 1974 I went to Westmoreland's in the town with five one pound notes tucked away in the bottom of my pencil case. Like Bono many years later, I didn't know what I was looking for. I had enough to buy ten singles. Or two albums. Or five singles and one album. I was all glammed[3] up and didn't need any more Sweet, Slade or T Rex, and as soon as I saw The Beatles section my mind was made up. By this time I'd seen A Hard Day's night on telly[4] and was mesmerised as much by their appearance, their quips and their general gang mentality as I was by their music. And there they were, nestling back to back: I'd heard about these albums from older lads in the fifth form. If 62-66 was the dessert and coffee then Rubber Soul[5] and Revolver were the main course. I bagged them both. When you buy a pair of albums on the same day you play them as soon as you get in. And that's what I did - in constant rotation; it was as if I was playing a double album, such was the natural way one lead into the other; in fact I still struggle to namecheck which songs appeared on which album. Suffice it to say that tunes like And Your Bird Can Sing, She Said She Said and Tomorrow Never Knows lodged in my brain and have been there ever since.

But I digress. Even more important to me on my Beatles journey (I know, everyone's on a 'journey' these days)was the time I borrowed The White Album from Simon Greiner[6] at school. This was a proper double album. And not a compilation either. This had everything on it - quite clearly they'd thrown the kitchen sink at it and by god it made me lean in close and really listen (though by this time I'd discovered headphones). For reasons totally unconnected with the music my dad remembers this record: after borrowing it on the Friday c/w veiled threats as to what would happen to me if I didn't return it by the following Monday, I had to record it (two TDK DC90s) and copy all the words that came with it. That was the other thing - it came with lyric sheets. My brother had a Petite typewriter at the time so at 7 o'clock on Saturday morning with the rest of the house asleep I set about typing up all thirty songs on crisp A4 paper. It was tortuous. And it was loud. People forget how loud typewriters were. Less than ten minutes into my assignment the old man came running down the stairs: 'What the hell are you doing?' He probably added: 'Do you know what time it is?' I knew the answer to both these questions but my dad wasn't interested.'Look' he said 'There's a photocopier at work, I'll copy them on Monday.' I returned the album to my friend in two parts - vinyl on Monday, inserts on Tuesday. By the Wednesday I knew all the words by heart. Forty years later I still find myself singing Rocky Racoon in the shower. 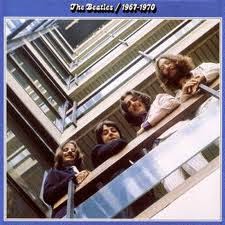 By 1975 I was practically living in record shops; though I couldn't actually afford many records (£1 a week pocket money didn't go far, my tape collection was now taking on biblical proportions) I was the proud owner of several ex-jukebox singles - the funny ones with no middles. Before the green reissues I was getting hold of all the early Parlophone singles at 30p a pop and doing my own Beatles compilation tapes. So it was only a matter of time until I discovered 67-70. Released in 1973 at the same time as The Red Album this later collection acted as the springboard for exploring Sgt. Pepper and beyond (for me Abbey Road and Let it Be would appear on my radar not long before I was hit by punk's new wave). Again, I never owned a vinyl copy of this album, it was a fixture of my regular babysitting gig next door. Bob and Barbara's copy would get the same treatment as my Uncle Andy's 62-66 as soon as the kiddy winks were in bed and I took up my clients' offer to 'help yourself to tea, coffee & biscuits.'
I took my primitive ITT cassette deck and DIN leads 'round one night and burned a copy onto a ropey C120. Such was my hedonistic lifestyle at that time. Even the ubiquitous Ringo track was listenable; more listenable, certainly, than Macca's Ob La Di Ob La Da.

Red White and Blue: how to discover a band in three easy lessons. Unlike all the other stuff I was meant to be learning at the time, Newton's Laws of Gravity, The Periodic Table, Plate Tectonics, Latin and Algebra, it's only The Beatles 'knowledge' that remains. Apparently they run degree courses on The Beatles these days. That would have bolstered my meagre handful of 'O' Levels.

[1] You Can't Do That, She's a Woman and I'm Down: The Holy Trinity of Parlophone B sides.
[2] Hessians: a store owned by Cyril Hession. They sold ice cream and bananas. And 2 star petrol from the lone Texaco pump out front.
[3] It was 1974 and I had joined the Teenage Rampage. But I was ready for a sit down.
[4] I recorded the audio from the film that night via my cassette recorder's hand held microphone propped up against the TV.
[5] Beatles completists will know this already, but, on The Red Album, Rubber Soul outgunned Revolver 6 tracks to 2.
[6] Simon Greiner aka The Michelin Man