Catch Us If You Can 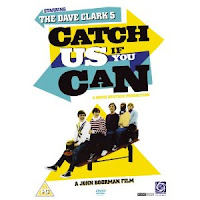 Just finished reading Five Miles From Outer Hope by Nicola Barker. A delightful leftfield novel set on Burgh Island in the early 1980s. Sitting in the garden yesterday I was transported back there - the famille Medd have spent many Summer holidays in that part of the world. For those of you unfamiliar with Burgh Island, it's situated just off the South Devon coast and at low tide is reachable on foot - the causeway links it to Bigbury-on-Sea. But at high tide can only be reached by the giant behemoth that is The Sea Tractor. And once you're on the island it's dominated by two buildings: the art deco Burgh Island Hotel and, next to it, The Pilchard Inn. Unless you're stopping at the hotel you can only gawp at its splendour and, at the same time, wonder what sort of type would pay north of £200 per person per night for a roof over their head. Disgraced City traders and debauched rock stars? Probably. In the past they've had Agatha Christie and Noel Coward through the door, sipping daiquiris on the terrace. However, I prefer the 7% scrumpy cider they serve in the 14th century pub next door - the edge of the screen really does go wavy after a couple of pints of that strange brew. Christie used it as a retreat to write her novels and a couple of subsequent TV adaptations used the island as a backdrop. Inspiration must come in spades when looking out to see from such decadent surroundings.
And, from the sublime to the ridiculous, it was also used a vehicle for 60s popsters The Dave Clark 5.

Catch Us If You Can cast The DC5 (at the time, 1965, the second most popular beat combo in the country) as a team of stuntmen debunking to the coast and going loco. Dave Clark's on screen girlfriend, played by the (then) glamour puss Barbara Ferris, fell in love with the island and wanted to buy it. It's all pretty lightweight and never set Cannes alight, but, if its dolly birds and E-Type Jags you're after, it won't disappoint.