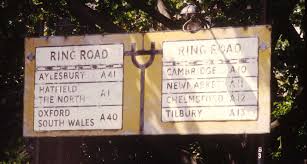 I'd shortlisted a couple of selections for today's BHMLS™ but couldn't decide which one to go with; so I've opted to run with both. Neither of which, I can guarantee, will attract any new subscribers to this blog; in fact it'll probably send my regular readership (with maybe the exception of The Swede) running to the hills. But, hey, my bat, my ball, my wicket.

Hatfield and the North & National Health were flag bearers for what we now call prog. And way back when - in the 70s - progressive music was very much an underground scene. TV appearances by its protagonists were few and far between, which is why I've gone for National Health's OGWT set from 1979. Dave Stewart's keyboard set up is reminiscent of an eastern Europe telephone exchange and, no, please don't approach the man writhing on the floor ranting into the microphone; it's for your own safety.

Hatfield and the North - the band that spawned National Health - were equally eclectic. With one foot in jazz, one foot in rock and a third (imagine Jake the Peg) planted firmly in the Canterbury scene, this next selection is, I think you'll agree, totally deserving of the BHMLS™ tag, weighing in, as it does, at an eye watering 20 minutes.