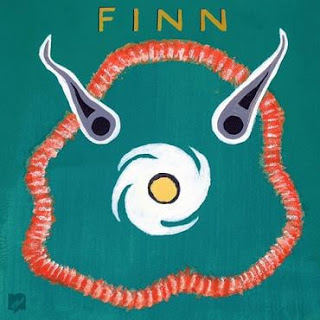 Neil and Tim Finn have been responsible for so much of the music that lives within me; music that makes me smile and music that makes me cry - often in equal measure. Whether it be Split Enz, Crowded House, the songs they wrote and recorded apart or, and this is where I think the the Holy Grail resides, in the albums they made together as the Finn Brothers.

Their 1995 album Finn has just been made available on vinyl for the first time thru Pete Paphides' Needle Mythology label; Pete is truly one of the finest music journalists/authors around and a curator, some may say gatekeeper, of some of pop's most overlooked recordings. Here's a short film of Pete giving Neil his copy of the album.

And here is a taster of what you can expect to find on this luscious album. It's side one, track one and this is (I think) its first live outing on the BBC's Later - with both Neil & Tim (and Jools Holland) looking like mere boys.