I woke up with a feelin' 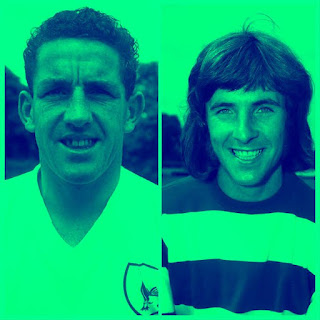 Mackay & Bowles - sounds like a firm of solicitors. Or maybe a haulage company. Alas, not. Bill Mackay and Nathan Bowles are virtuosos of the guitar and banjo respectively. Of course they are. But until yesterday neither were known to me. Which is fine; I can't be across everything and everybody. Only so many hours in the day and all that. However, what did sound familiar was an instrumental of theirs entitled Joy Ride which they released last year. I heard it and (thought I) recognised it immediately. See what you think before reading on:

If, like me, you think it sounds like a cover/reworking of a single put out by a bunch of scallies thirty odd years ago, you'll perhaps see why I sent this message to Chicago based Mr. Mackay on Twitter. 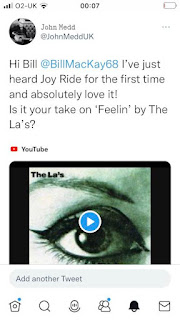 As you can see I played it with a straight bat: nothing offensive, nothing blue. Thinking no more of it I went to put the kettle on and made a fuss of the cat. Ten minutes later I'm sitting in my favourite chair with a cup of tea & a custard cream and this pops into my inbox: 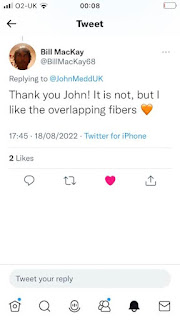 He likes the overlapping fibers; I bet he does! I wonder if Lee Mavers has given it a coat of looking at? What do you reckon - totally coincidental or a blatant lift? (I've seen them given for less.)