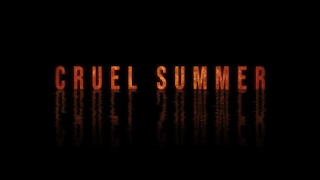 Twofer: two for the price of one. Never let it be said you don't get value for money at Are We There Yet; here are a couple of musings threaded together by the music of Bill Wells and Aidan Moffat.

They're predicting eye watering temperatures in the next few days in England; I say England, and not the UK, as Scotland and Northern Ireland will probably escape the predicted high of 40 degrees. As a result of this barmy weather the country is about to go into crisis mode with schools closing down, railway tracks about to buckle and a plague of locusts due to descend on London sometime around Tuesday lunchtime; I may have been messing with you there but, hey, you get the picture: forty eight hours of 'above seasonal average temperatures' and we're fucked. Call in the army. 1976 (and '75 before that, come to think of it) was also filed under 'Phew, what a scorcher!') though back then we just took our school ties off and continued to cycle round the estate on our Raleigh Choppers whilst sucking on an ice pole. We lived in another world back then. Yes, the grass turned brown - but it grew back again. Yes, the hosepipes were turned off but they were soon turned back on again. And we all put our ties back on again in readiness for the new school year. I hope you survive the next week. Don't forget to drink plenty of beer; it doesn't have to be a cruel summer.

'It's too close for comfort, this heat has got right out of hand'

When I sent the next song to James earlier in the week I said 'Life and death in a little over five minutes. Perfect.' To which he replied 'Another cheery one then!' Wait till he gets to my age, I thought; I've worn that suit. I've drunk that pint in that bar, conjuring up memories of the deceased away from the fake reverence happening round the corner at the wake - the fake wake, if you will. Yes, it is sad, but it's also quite uplifting too: he didn't stay all afternoon in the pub (for what it's worth, I probably would have done) but I too would have made a mental note about its roof. (Well you do, don't you?')

'I look up and see the pub's once brilliant copper roof has oxidised over the years and now it's a dull pastel green. Everything's getting older.'