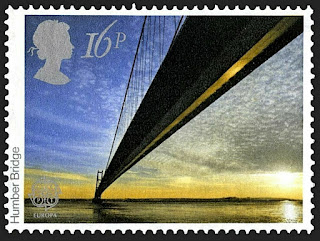 In June 1981 the good people of New Holland in Lincolnshire were finally joined up - permanently - to their Yorkshire neighbours over the water. Although there'd been a ferry in operation since 1848 (various paddle steamers had navigated the shallow shifting sands of the mile wide Humber Gap), it was only when the Humber Bridge became a reality that Hull, and East Yorkshire in general, formally cemented relations with the country's second largest county. Measuring 1.38 miles in length it was the longest single span suspension bridge in the world for a while; these days it doesn't even make the Top 10.

I was in Hull again at the weekend visiting family and, as always, came back over the bridge; I pulled in at at Barton-on Humber for an ice cream (Wall's and bridges, anyone?) and took a couple of photos. These two were my favourites. As I tweeted later - I too could quite easily sit on a bench all day and just gaze at this most brilliant of structures. 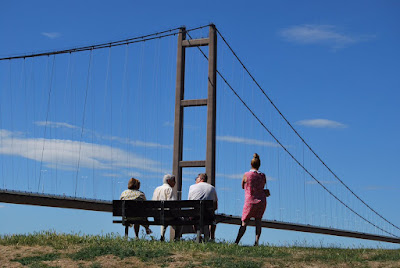 Playing to my passion for all things philatelic, in addition to the commemorative stamp at the top of my piece, there were also a couple of interesting First Day Covers from the time which I thought I'd share with you below. I acquired these in the week and love them both; as you can see, the top one has been signed on the back by Coun. Alex Clarke, Chairman of the Humber bridge Board, no less. 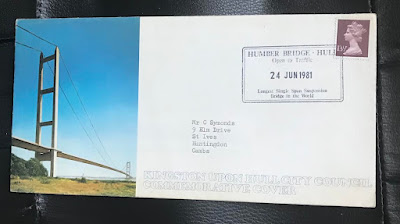 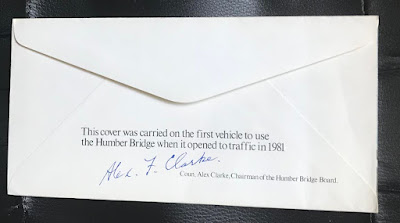 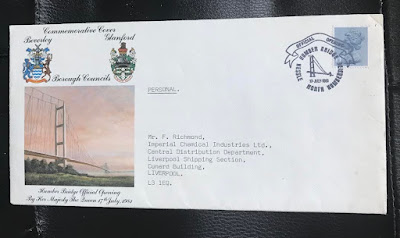