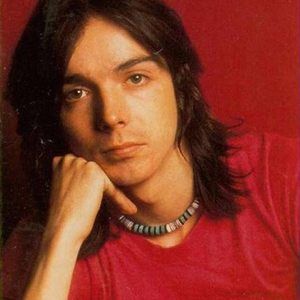 The story of Jimmy McCulloch is not an epic tome; more a slim novella. Born in 1953 in Clydebank he picked up a guitar at 11 wanting desperately to emulate his hero, Hank Marvin. By 1969, aged just 16, he was on Top of the Pops playing with Thunderclap Newman on their #1 single Something in the Air; he hadn't even started shaving.

And although he's probably best known for his tenure with Wings (1974-78), this is were he was at just before Macca signed him up. I'd like to think it wasn't just his silky skills on the fretboard that McCartney took a shine to, but his rather fetching gansey.

Jimmy's guitar sound defined mid-period Wings - he was all over Venus & Mars - but like many of McCartney's hired hands he would only ever be a sideshow to the ex-Beatle. His one composition for the band, Medicine Jar, was a live favourite - even making it onto the triple album extravaganza that was Wings Over America.

Wings - Medicine Jar (1976)
Quite ironic, Medicine Jar was an anti-drug song: just a couple of years later McCulloch was found dead at his London flat - cause of death morphine and alcohol poisoning. He was just 26; like I said, McCulloch's life was sadly not a long one.
Jimmy McCulloch (1953-1979)
Posted by John Medd on Saturday, May 15, 2021
Labels: 1973, Jimmy McCulloch, Macca, Medicine Jar, Wings