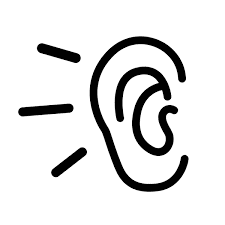 A friend of mine from Scotland emailed me this morning: a Corona catch-up, if you like. In my reply I rather ramblingly told her what my coping mechanisms were. I won't bore you with them here; anyway, regular readers could probably figure out most of them for themselves.

However, I forgot to tell her about Tim's Twitter Listening Party The idea is simple: every night during at 10pm during Lockdown the Twitter community listen to an album in its entirety. The sessions, overseen by Tim Burgess, are curated in real time by band members who provide intimate insights into the making of the albums and answer questions posed by those 'in the room'. I've done two so far - Jollification (Lightning Seeds) and Steve McQueen (Prefab Sprout) - and I found them totally uplifting. For what it's worth both these long players proved to be very poignant in my life around the time they came out - 1994 and 1985 respectively. Ten year cycles and all that.

A complete list all of future runners and riders can be found here and the link to Tim's Twitter feed is here. I can't recommend the project highly enough. And even if you don't own hard copies of the albums, just hook up your Bluetooth speaker to Spotify at 22:00 and you're good to go!