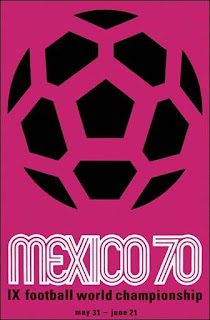 "But there's only four of us" said Reginald Dwight to his pay masters at Hallmark Records when they asked him to cover the England 1970 Mexico World Cup tub thumping anthem Back Home. That's right, the future Elton John and his then band couldn't even muster a 5-a-side team, let alone the 22 man squad who sang (mostly in tune) the football anthem to end all football anthems.
All things considered, I think Elton makes a decent fist of it. Oo-er missus.