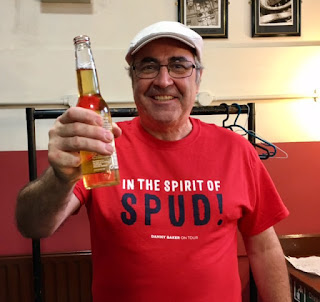 I've just acquired a pair of tickets to go and see Danny Baker later in the year on the final leg of his Good Time Charlie's Back! tour. I can't tell you how made up I am.

I spoke to him on the phone many moons ago when he was still doing the Morning Edition on Radio 5; of course he won't remember, but it's still locked in my memory bank all the same. That was when the BBC still let him play whatever damned records he liked. No playlist for him; oh no. Whether or not he ever played Lieutenant Pigeon's follow up single to Mouldy Old Dough is something I may have to ask him when I see him in September.