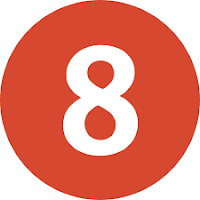 In China the number eight is considered to be such a lucky number that its people radiate to properties with an eight in the address and even pay extra to have an eight in their phone number or car registration plate. On 08.08.08 more people got married than on any other day in history; though how many are still married is not recorded. For what it’s worth it is also my lucky number. Or, should I say, favourite number: I firmly subscribe to the school of thought that says you make your own luck in this world. For the most part. At last night’s Open Mic, at the ever popular Station Hotel, I played eight songs. I didn't, however, drink eight pints, nor did I consume eight of the marvelous sausages that were laid out as part of the bangers and homemade onion gravy supper in the second half of the evening.