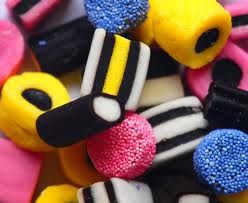 Jeff Lynne seems like a nice bloke. He'd be good company on a long train journey; you know it wouldn't be long, on a jaunt between London and Edinburgh say, until his bag of boiled sweets would come out to share - maybe somewhere between Peterborough and Grantham. Unlike Paul McCartney, on the other hand. His goodie bag wouldn't see the light of day 'til the 125 was pulling in to Waverley. Most likely.

Lynne cares for the planet too. But not in a shouty shouty way. I really do love this song that first appeared on his Armchair Theatre album in 1990.


Karl Wallinger must have liked it too. Not for the first time he took an idea from ELO's front-man and ran with it; Always on my Mind tells a similar tale and, for me, is the standout track from World Party's Dumbing Up long-player from 2000. I don’t know how Wallinger would fair on the boiled sweet litmus test though. Anyway, he's probably a Jelly Baby man. Or maybe he has a soft spot for Liquorice Allsorts. Who doesn't? In which case I would understand perfectly if he kept the bag to himself. That said, he's welcome to the round pink things with the black middle. What were Bassett's thinking?