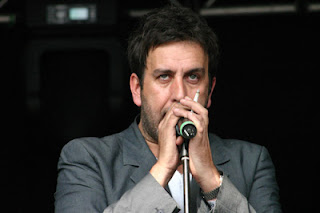 It was all a bit tragic when Terry Hall dug out his Alexi Sayle suit from the back of the wardrobe and pretended to be twenty years old again. The Specials weren’t designed for the 21st Century;  at least not without Jerry Dammers. They weren’t railing against anything. And if Dammers - their leader, their mentor, their one time friend (it was his band, after all) - had been asked to join the party he would sure as hell have breathed new life and new arrangements into their tired repertoire; imagine full blown orchestral versions of Nite Klub or Little Bitch: Sun Ra meets 2 Tone.

And it's not as if Hall doesn't know a thing or two about rearranging older material. His reworking of Todd Rundgren’s I Saw The Light and Music To Watch Girls by, the Andy Williams lounge classic, are nothing short of sublime. And as for his 1994 take on Bacharach and David’s This Guy’s In Love With You. Now that is special.