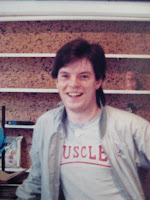 This used to be me
When I was a young boy (not the silver ball playing variety, alas), I was invariably known as Johnny; at school, youth clubs, parties and in pubs it was the name I responded to. But for the last 25+ years I've just been John. Don't ask me when I lost my ny, my second syllable if you will; one day it was there, the next...it was gone. I'm sure David Essex, and any number of men of a certain age, have the same feelings about their once flowing locks. Or teeth.

And then twitter came along. @JohnMedd was taken (who are you btw and why do you not tweet?) and then old friends started resurfacing on Facebook. So now Johnny's back - muscling in on my virtual world - but I'm still John in the real (some might argue the only) world. And anyway, that's what it says on my birth certificate. 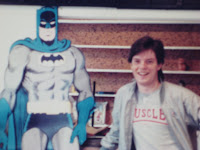