Rock stars at home (where else are they gonna be right now?) 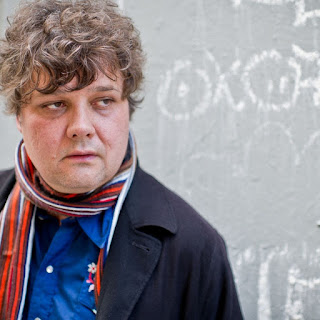 I'm sure we've all been falling down various rabbit holes as we've tried to seek out live music (or what passes for live music in these crazy times) over the last year. Nigel Clark, Megson, Pete Morton, Megson and Tom Wardle being just a few of the musicians I've been tuning in to as they pull up a stool and play to  the red dot on their respective cameras. Hopefully (and I say this very guardedly) as we approach the beginning of a tentative easing of lockdown restrictions, the need for these virtual gigs will begin to give way to the real thing; whatever the real thing will look like in three, six, nine months time.

Continuing the theme, not only have some musicians been doing these 'live' shows, some have also been busy recording and releasing new material. Even Macca has been having something of a purple patch - he's just scored his first Number One album in donkeys years with his imaginatively titled McCartney 3; fair play, Paul. And here's the thing, it's actually not bad. Not that he needs me to tell him that. The lad's an accomplished songwriter and has fronted a couple of decent bands over the years (file under nothing to prove).

Someone who doesn't receive even a fraction of the column inches the above mentioned ex-Beatle commands is Canadian singer songwriter Ron Sexsmith. I've been dipping in and out of his career for 25 years now and still find myself marvelling at just how bloody good he is. Ron too has been busy recently; though the new album, Hermitage, was pretty much finished before lockdown, like McCartney, he recorded it at home in his front room and plays most of the instruments on it himself. Here's a preview of what you can expect:

As a footnote to today's edition I can't not mention how f**king cold it was yesterday. I bring this up for a couple of reasons; not least that I was reminded of another Ron Sexsmith song whilst walking along the Trent with a biting windchill making it feel like -5 degrees; not since I moved back from North Yorkshire nearly four years ago have my bones felt so cold.

So cold I needed a hat. And I don't do hats, particularly.