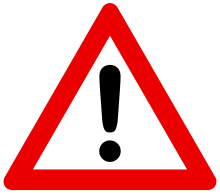 Quite by chance, at a recent vinyl evening (in those dim and distant pre-self isolating days when I quite really did get out more), two tracks were played back-to-back that both had exclamation marks in the title; a point (literally) not picked up at the time (why would it?). But as they were both from my collection it was only when I was putting them away that I clocked the fact.
As something of a musical pedant I'm pretty big on musical punctuation and generally getting song titles right - therefore, Sweet's 1973 Number 1 hit is not Blockbuster, it's Block Buster! And the song that followed it on the night in question was Mél Torme's Right Now! Although a B side, it's every bit as special as the lounge/mod classic you'll find when you flip it over.


A recent discovery of mine from a freakbeat collection titled Sugar Lumps comes courtesy of a band calling themselves Smashing Time. To my shame I know vey little about Smashing Time (an out of date Facebook page would lead you to believe they came from London and called it a day c.2015/16). It's a belter and although it doesn't have an exclamation mark it does have a question mark.


I'm playing it on heavy rotation here at Medd Towers; it's got under my skin well and truly. Not least, I think, as it tips the wink to Comin' Home Baby. Yes, no? Its other influence, IMHO, is this beauty written by Rod Argent. Again, see what you think.

Posted by John Medd on Sunday, March 22, 2020
Labels: Comin' Home Baby, Is it Her?, Mel Tormé, Right Now!, She's not There, Smashing Time, The Zombies