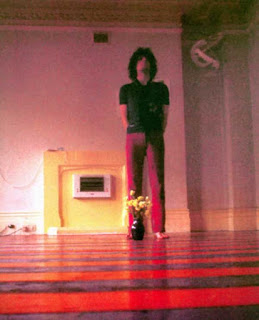 Only three songs in to my mini series and already I'm floundering with the concept of themed blogs; I've said before that lists, running themes etc. are an anathema to me. And do you wanna know why? I'll tell you why: the third song from 1970 that I've been singing like a madmancap isn't even from 1970. Yikes!

All this time I thought I was singing a Syd Barrett song from his 'A Madcap Laughs' album; turns out I was actually singing an Andy Ellison pastiche recorded some 35 years later. There never were such times.

So, to demonstrate what a chump I've been, here are the (offending) tunes in all their glory: