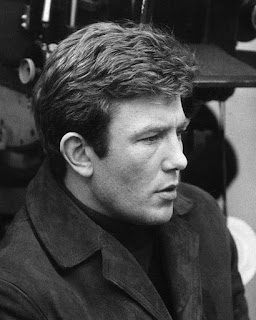 This week has seen a new arrival at Medd Towers. He's been dropping by, unannounced, for a couple of weeks now. At first it was nighttime sorties only - waiting till after lights out, entering by stealth thru the cat-flap, then making his way to the kitchen and helping himself to Doris' supper.

But now in true Six Dinner Sid style, he's casually breezing in for a spot of breakfast, a bit of a play, whereupon he'll jump up on the window cill and watch the world go by, before exiting stage left. And come nightfall he's back again. I call him Albert; he looks like an Albert. I think he likes it here.

Whilst on the subject of Albert, I can't not mention the recent passing of Albert Finney. Finney was a great character actor. His portrayal of Arthur Seaton in Saturday Night Sunday Morning was superb. I saw it recently on the big screen for the first time earlier this year and he and Nottingham never looked better. 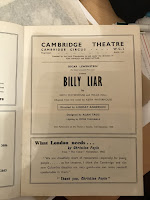 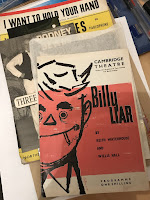 I also name-checked him in the early days of this blog - in Gumshoe, Finney played dreamer Eddie Ginley - a smalltime bingo caller/private eye who gets caught way out of his depth in a very murky early seventies Liverpool. Such was his performance alongside Billie Whitelaw and Frank Finlay, this classic film noir will always feature in My Top Ten Movies.


And then today I found this in my office. A theatre programme from 1960. When Albert Finney took on the role of Billy Fisher (another dreamer), he brought Keith Waterhouse's novel Billy Liar to life. Interestingly, when it had the movie makeover a couple of years later it would be Finney's mate Tom Courtenay who was cast as our anti-hero. 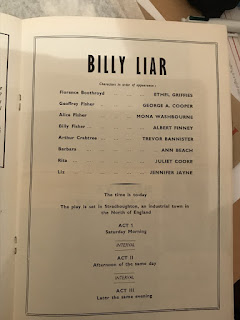