How I Need You 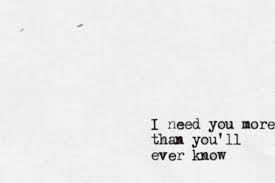 It was great to share the same stage as Peter Lister last Sunday at the Brain Jar in Hull. Peter's songs move me in ways that sometimes catch me unawares, leaving their mark on me indelibly.

Last year, with a little help from this blog (as I later found out), Peter's tour de force This House made the Top 100 Songs of 2016. I've never thought of myself as a discoverer of new talent (in the same way, probably, that Pete doesn't consider himself to be new), but if one good thing came out of my temporary exile in North Yorkshire (2010-2017) then it was meeting Peter at York Songwriters and listening to, and being absolutely mesmerised by, his beautifully crafted songs.

How I Need You has been on constant rotation at Medd Towers (YO18 and NG5) all year, and has featured on many of my playlists. Not least the one I'm currently compiling for Andy and Monika ahead of seeing them both tonight (more on that story later).


Anyway, fill your boots with another Peter Lister masterpiece.