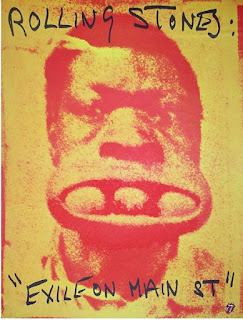 I was only saying the other day how I'm not the world's most prolific writer; but at least I don't have to write each and every one of my posts in longhand, and on goatskin parchment. I'd be lucky if I turned out two a year, let alone two a week.

However, I'm sure if I did find myself in such a predicament I too would be telling anyone prepared to listen: 'I got us into this mess, and I'll get us out of it.' 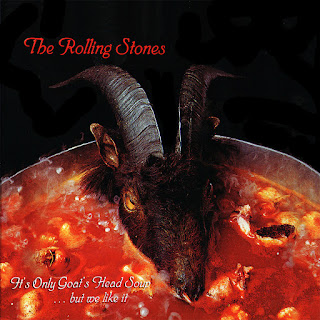 It will probably come as no surprise that my knowledge of goatskin is a little vague. I am, however, a little more knowledgeable about Goats Head Soup. Thanks to the Glimmer Twins I have never been able to erase the image of this Jamaican dish (the eyeballs really are a delicacy, apparently) from my memory bank.

And while we're on the subject of disturbing images the Rolling Stones were responsible for subjecting me and other impressionable youths in the early seventies to: one of the black and white photographs on the 'Exile on Main St.' sleeve haunts me to this day:

Charlie Three Balls  - with a trio of pool balls in his mouth (Why? How?) - is another image I've been carrying around in my head for far too long.