At the wrong end of your digital radio dial lives a music station that time forgot. Reports have reached Medd Towers that Doug McClure was spotted there recently. Planet Rock, clad from head to toe in faded denim soaked in patchouli oil and with more badges, patches and studs than can possibly be good for you, have a strapline - ‘Where Rock Lives’ - a little incongruous for a dinasour led station. 'Where Rock Made In The 1970s Lives’, although a bit of a mouthful for their gravel throated voice over man, would be a far truer mission statement. 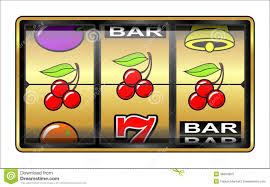 Every weekday morning Dave Double Decks (real name Paul Anthony – surely the most wooden radio presenter ever to have sat in front of a microphone) presents The Full English: a trio of heavy rock classics chosen by a hapless listener from Wolverhampton (they’re always from Wolverhampton) and played between 7:30 and 8:00. This is Planet Rock in microcosm. And I love it. Actually, I loathe it – it’s a fine line. But it sure beats Thought for the Day. Did I mention that some of these metal trilogies are themed? Wolverhampton Man will often put his thinking cap on and come up with three bands he saw at his local miners welfare in 1979 or three songs he had on his car cassette player when he bought his first Austin Allegro.

Not that I could do any better. But I’ll give it a go. In fact, I started yesterday. If you read Monday’s blog, that was my first selection. At the bottom of this page you’ll see my second selection.

UFO epitomise English rock bands. English rock bands are hard working, honest as the day is long and know how to write a catchy riff. Sometimes they’ll get lucky (think Def Leppard), but usually they’re quite happy plying their trade in the lower leagues. Phil Mogg and Pete Way (UFO's vocalist and bass player) not only know how to write great riffs (Rock Bottom, Lights Out, Doctor Doctor) but they can write melodies too. Cherry being a case in point. Apologies in advance for this quite literal video interpretation of today’s Full English: contains gratuitous table top dancing.