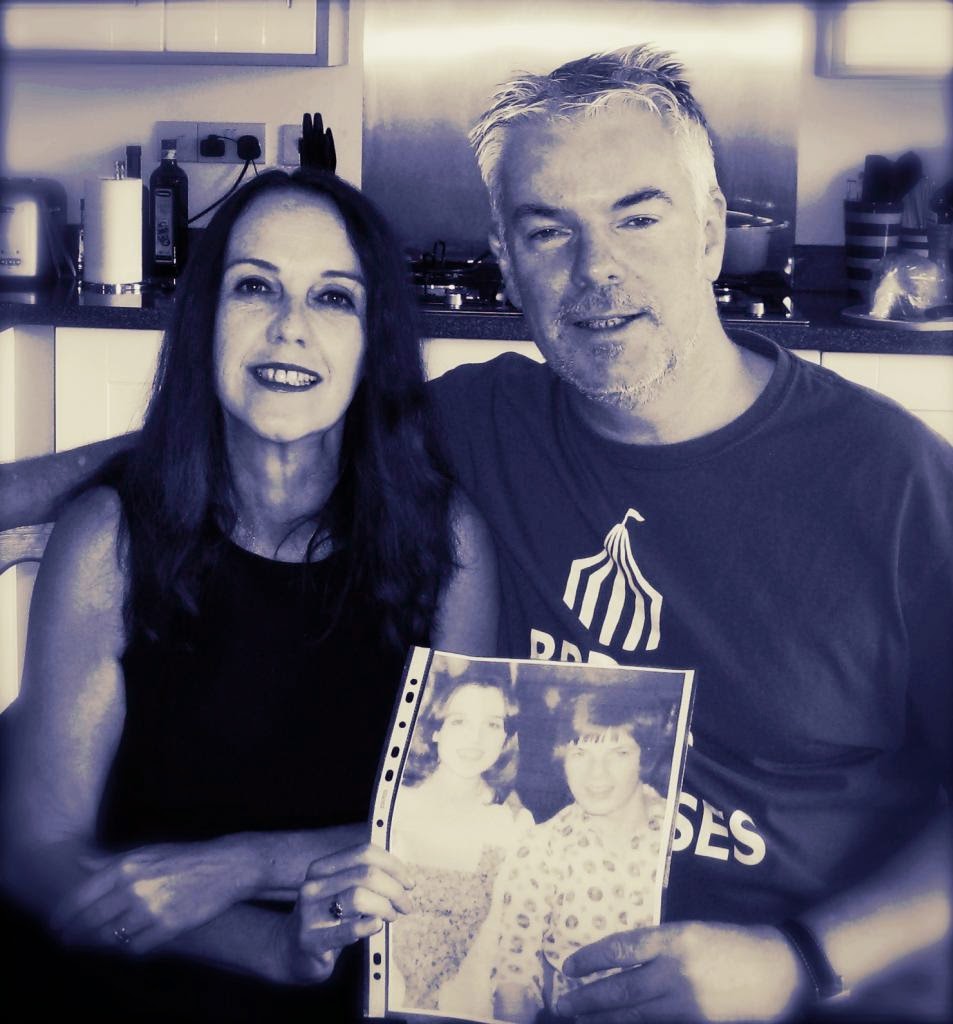 I hadn't seen Suzie in nearly 40 years. But about two years ago I received an email that contained in its subject box the words 'Are you the John Medd that used to live in Grantham?' The email read 'If you are,  I have a photo of us together and you're wearing a most remarkable shirt.' I may be paraphrasing. And it was signed 'Suzie, your cousin - though everyone calls me Susan these days.' I simply replied 'Yes.'

The next thing I knew another email arrived enclosing a photograph of us taken at a family wedding in 1975 - the last time we saw each other. And of course I remembered Suzie (and the shirt) vividly. Suzie not least because whenever we visited her I was always struck dumb by her bedroom: it was, quite literally, covered from top to bottom in Marc Bolan posters. Walls, ceiling, mirrors, every square inch of her room was given over to The Jeepster himself. The shirt because, as I told her when she came up on Friday for a 24 hour smash and grab visit, I loved that shirt so much I'm actually thinking of going to a tailor, with the photograph, and asking him to reproduce it - albeit several sizes larger.

Anyway, we stayed up 'til 7 o'clock in the morning drinking wine spodeeodee and generally playing catch up. But by the time the sun came up I'd be hard pushed to tell you most of what we'd been talking about. Though I can remember, quite clearly, her telling me that she went to see Marc Bolan and T Rex in the spring of 1977 not long before he wrapped his Mini round a tree in Barnes. She said he was back on form and it was also the tour he'd got The Damned supporting him. Sorry Suzie, you're going to have to come back again and tell me all that other stuff again.