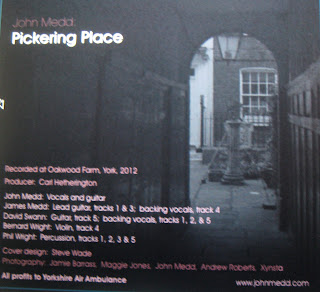 Pickering Place: it's the smallest square in London, you know

Not for the first time in my life, events appear to be moving a tad faster than I would like. Not only is there a house move to fit in before Chr*stm*s, but there's also the small matter of releasing my first EP.

Pickering Place will, all things being equal, be on sale from the second week in December (I signed off the artwork today - hence the cutting guides seen here). Comprising four JM originals & a Slade cover, and priced at a mere Lady, it will make the perfect stocking filler and/or shaving mirror. 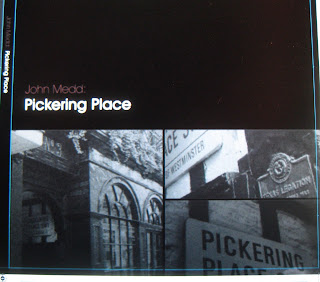 If I was a major Hip Hop recording star I would now be thanking everyone from The Lord God Almighty down to the shoe shine guy on the corner of 32nd and Lafayette. However, I would just like to thank James Medd. His guitar playing was so sublime I nearly gave him a co-write. Nearly. 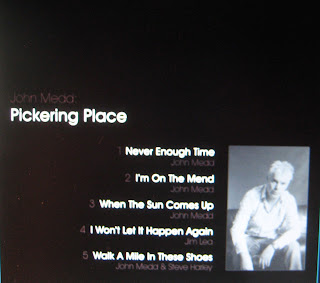 Watch this space in the coming weeks for release details, downloads, tour dates, TV tie-ins, record shop signings, kissing of babies, supermarket openings, etc. I will also be thanking, properly, my producer, Carl, and the other fine musicians who can be heard on this small but perfectly formed Extended Play.

John Medd: When The Sun Comes Up