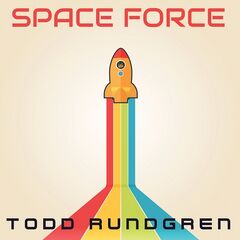 James and I stayed up into the wee small hours on my birthday talking about all sorts of stuff - road trips, foreign train travel, football, politics, beer and, of course, music. His recent Best of '22 roundup had been gratefully received only a few days earlier and was therefore a good convo starting point (and prompted many subsequent rabbit holes to fall down). I'll post a link to it below.

I sometimes forget that when James was growing up at Medd Towers just how many hundreds/thousands of hours he must have spent listening to his OM's record collection; it was kind of inevitable, therefore, that much of what was played in his formative years  at the dinner table/in the car/on holiday would eventually trickle down and shape his own taste and, by inference, his future record collection.

One album that used to live in whatever car I was driving at the time was Adrian Belew's Salad Days. It came out in 1999 so James would only be nine when he first heard it and I reckon he knew every song on it within a handful of weeks. Fast forward to 2022 and Belew can be found five or six songs into James' playlist joining forces with Todd Rundgren on Runt's Space Force album that came out a couple of months ago. Rundgren has collaborated with some other big hitters including Sparks, Thomas Dolby, the Lemon Twigs, and Weezer's Rivers Cuomo, to name but a few, and produced one of his most coherent albums in a long time. 'Puzzle' with the aforementioned Belew kickstarts the record and reminds me of something Andy Partridge and XTC may have cooked up in a parallel musical universe.