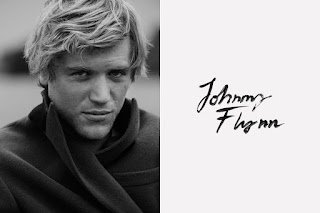 It's beginning to look a lot like panto season. This year Cinderella and Beauty and the Beast are both in Nottingham competing for your hard earned ticket money and booking fee. It'll be the usual helpings of festive silliness brought to you by washed up celebs and wannabe hopefuls; the last time I shouted 'Behind you!' would have been when Bob Carolgees and Spit the Dog were in town. It was a riot.

As a kid with a birthday between Christmas and New Year I would often be lured out of my seat and onto the stage to receive a sweetie proffered by a strange man dressed as a woman. Some things never change.

Talking about audience participation, I found this lovely clip of Johnny Flynn (he of the Detectorists theme song) playing a little club in Toronto. When he announces that his next song is The Water (a duet he normally sings with Laura Marling), a rather brave young woman offers to sing it with  him. 'You don't have to' Johnny tells her, probably dreading a car wreck about to unfold before him; he needn't have worried.