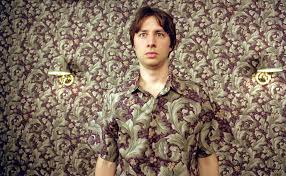 Our last Songwriters meeting on Monday was interesting for all sorts of reasons. Not least because one of our brethren rocked up with five new songs he'd written since last month. Five! That's got to be some sort of record; I've barely written five new songs all year. And I wouldn't mind, but they're all good. Mind you, they play his stuff on local radio round here, that's how good they are. There was one in particular that could have come straight off the soundtrack to Garden State - Zach Braff's delightful
2004 film. When he's recorded it I'll post it up here.

In the meantime, and because since Monday night I've been playing Garden State on a loop, here's Colin Hay from said soundtrack. I think it would be fair to say that since setting up our Songwriters Circle we're all aspiring to write songs half as good as this.


Colin Hay: I Just Don't Think I'll Ever Get Over You