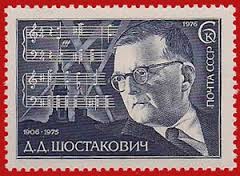 Earlier this week The Number One Son tweeted a recent blog post superbly written and researched by Jason Hazeley about the BBC sitcom Ever Decreasing Circles (1984-1989). In particular, persistent rumours about a missing episode. A vital missing episode, you could say, as the pivotal situation in this particular sitcom hinges around the romantic tension between Ann (drowning in a stale marriage and played by Penelope Wilton) and Paul (the new, single and urbane next door neighbour played by Peter Egan). In the missing episode Paul and Ann are reported to have shared more than knowing glances.

Hazeley's blog tells the full story and the relevance of this missing script (it was never filmed) and how, if it had ever been recorded (and Paul & Ann had got it on) the programme would, at a stroke, have lost one of its major pot boilers; think of Frasier - the episodes after Niles and Daphne docked - the trajectory of the story line changed overnight. Not necessarily for the worse, but not for the better either.

A modern day equivalent is Peter Kay's wonderful Car Share. A simple idea - two colleagues sharing a car journey to and from work each day. John and Kayleigh have more in common than they know and by the end of its six episode run they could just as easily have copped off. But Peter Kay knows that for Car Share to stand any chance of coming back for that all important second season, their relationship must remain platonic and that both protagonists must remain in their designated driver and passenger seats. For now, at least.


And if you're wondering why there's a CCCP postage stamp bearing the image of Dimitri Shostakovich at the top of this post, it's for the simple reason that he (unwittingly) wrote the delightful theme tune for Ever Decreasing Circles. Take it away comrade: