Cease and Desist (aka Hello, Hooray) 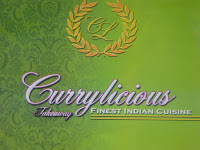 This post, from April 2010, was taken down by Blogger yesterday; it contained Alice Cooper's 'Hello, Hooray'. I removed the music and they reassigned the post with today's date.

We can all be accused of seeing things that aren't there from time to time. And I guess I've often been seen barking up wrong trees or making a hash of the 2 + 2 sum. But surely, not this time: my curry takeaway of choice have, on the front of their menu, a homage to Vincent Damon Furnier aka Alice Cooper. Haven't they? What do you mean it's nothing like the Billion Dollar Babies sleeve? I'll get my coat. 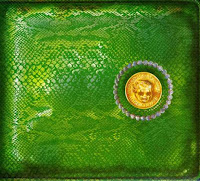 Moving swiftly on, it was good to see The Rooms boutique B & B in Lytham St Annes get a great write up in yesterday's Sunday Times magazine. In its feature on the evolution of the full English breakfast, Andy and Jackie Baker's gaff is praised to the max. We stopped there last year and can honestly say that their breakfast lives up to its reputation as the finest in the country. Andy hits the nail on the head when talking about one of his local suppliers: "Janet comes down here with a tray of eggs that are still covered in shit, straight out of the chicken's arse. You don't get fresher than that." Quite.
Posted by John Medd on Monday, August 13, 2012
Labels: billion dollar babies, the rooms lytham