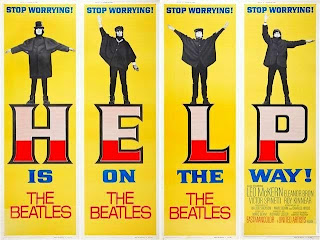 As I've suspected for some time, there's nothing new under the sun; having recently reworked Help! into a funeral dirge (chords, tempo, the whole feel of the song changed practically beyond recognition), I find out Lennon had already done it - in the 70s - after the group had split up and after he'd moved to New York. Well, he nearly had. When interviewed some years later Lennon said he couldn't quite work out the new chords and so it never left the confines of The Dakota Building. I've played it live a couple of times now and, to a man, everyone joins in with the new slower harmonies. It really is quite moving.