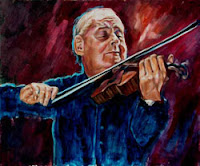 When was the last time you walked into a pub and asked for a pint of Stephane Grappelli? Mmm, thought so. Well, thanks to those fine people at The Crown Brewery in Sheffield, I've been able to step up to the bar in my local and do just that. As you can see their jazz range has already included, among others, Miles Davis, Duke Ellington and Jimmy Smith. And what a nice drop Stephane Grappelli is too - a rather tasty blonde beer weighing in at 4.5 OG. Martin Robertson, new owner of The Sun Inn, Pickering, is passionate about beer. So much so that he felt the only way to guarantee a perfect pint of real ale to the highest quality (from the start of the barrel to the end) and still give value for money, was to buy his own pub. So that's what he did. It's a bit like me wanting to see Paul McCartney live but because I don't like going to the big sheds and soulless aircraft hangers he insists on playing in these days, booking him privately to perform in my back garden. In fact, Paul, if you're reading this, why not come and play in The Sun's back garden this summer (they're always looking for new turns between 4 and 7 on Sunday afternoons) and we can kill two birds with one stone?