The time is Nighy 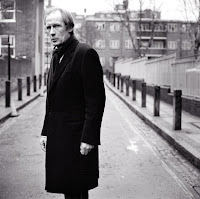 It's true what they say: the best pictures really are on the radio. Everything from Paul Temple, The Goons, The Man In Black, to Start The Week and (even) The Archers work, and work brilliantly, because the listener is creating his or her own unique images to the soundtrack laid out before them. And so it was with Radio 4's recent dramatisation of Simon Brett's wonderful series of Charles Paris stories.

Paris is a struggling actor (and some say a cad) with a penchant for the bottle and pretty women. He also has a knack of being in the wrong place at the wrong time when various coves around him get bumped off - time then to don his sleuthing hat and, before you can say Hercule Poirot, the murderer is singing like a canary. It could all get silly and out of hand (think Diagnosis Murder) but with the ubiquitous Bill Nighy at the helm it maintains its dignity and skips along at quite a pace. Nighy, as you would expect, brings years of experience to the party and carries the listener almost single handedly through the 30 minute scripts. Though, like reading Fleming, when rereading the old stories it's virtually impossible not to see and hear Nighy in your mind's eye: I can live with that. If Mrs M is reading this, here's a Crimbo present link.
Posted by John Medd on Monday, December 06, 2010
Labels: Bill Nighy, Charles Paris, Simon Brett